The group started life together back in 1991. A few lawyers got together to do some singing just for fun and invited some friends to join them. They very quickly decided that a conductor would be a good idea and so a fellow solicitor, Peter Wilkinson was offered the job. Peter conducted the choir for an impressive 25 years until retiring from the post at the end of 2016. Hardly any of the original members remain with the choir as family and work commitments have moved them on to pastures new, and the lawyers among us are now down to a tiny minority. But the original idea of singing primarily for the enjoyment of it (without taking ourselves too seriously) has remained at the heart of the choir throughout its existence.

Although we’re not a church choir, sacred music inevitably makes up a significant part of our repertoire. We have been able to put that to good use on a couple of occasions in recent years when we have stood in for Cathedral choirs for a weekend. Those weekends are really memorable and enjoyable times for us, both for the opportunities to socialise and to use music in the sort of glorious surroundings for which much of it was written. 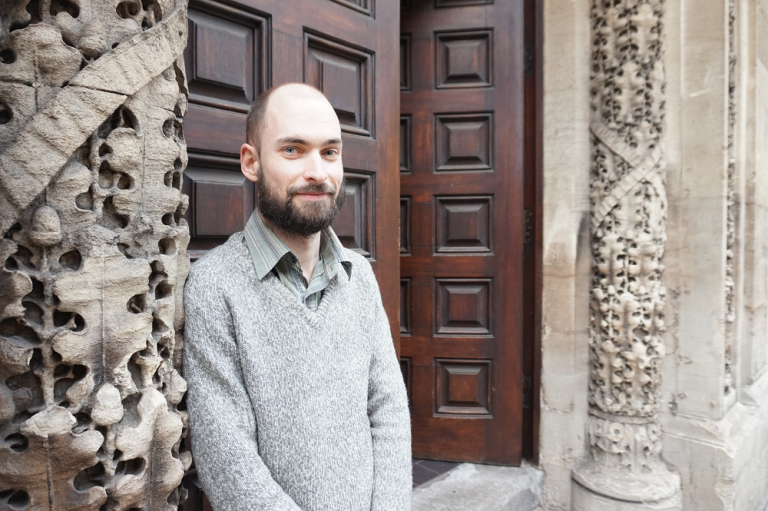 Dr Fabian Huss joined the choir as conductor at the beginning of 2017 and we look forward to a new and exciting period in the choir’s history.

Fabian is an experienced choral and orchestral conductor who trained and worked in Ireland, before moving to the UK in 2007 to undertake doctoral research at Bristol University. He has published widely on British music, particularly on the composers E.J. Moeran and Frank Bridge. His book, ‘The Music of Frank Bridge’, was published in 2015.

During his time in Bristol, Fabian has been a part-time lecturer and research assistant at the University, and he was the founding director of the chamber choir Redland Liedertafel. He now works primarily as a freelance musician and is currently musical director of Cheddar Male Choir, the Filtones, and the Harlequin Singers.

Music has always been part of Peter Wilkinson’s life. From his earliest days, he remembers music constantly being played at home – both classical and light, with lots of hymns thrown in. His elder sister played the piano and gave Peter lessons. Perhaps because he was good at sight-reading, not much time was set aside for practising. One of his first public performances at a young age was on the piano in an Eisteddfod made memorable when, after playing the opening of his piece, he realised his music was upside down, so had to stop, put the music the right way up, and start again!

In his teens, he sang for a time in a pop group and then in an informal madrigal group set up by his French schoolmaster. The same teacher gave Peter his first opportunity to conduct when the school performed Gilbert & Sullivan’s “Trial by Jury”.

Still in his teens, he began lessons on the organ at a Methodist Church in Bournemouth. That despite a very early experience of the instrument as a toddler when he still remembers being terrified by an organ pump starting up unexpectedly. In Bristol, he became assistant organist at Horfield Baptist Church, helping to run singing groups there for children, teenagers and adults. In the 1970s he became the main organist and ran the choir.

He was invited to direct the Avon & Somerset Police Male Voice Choir and did so for 10 years before departing to seek a change of musical horizons. Shortly afterwards, he was invited by some fellow lawyers to lead a group that was just being formed, and so the Harlequin Singers were born. Since then he’s enjoyed the experience of finding, arranging or composing music for us.